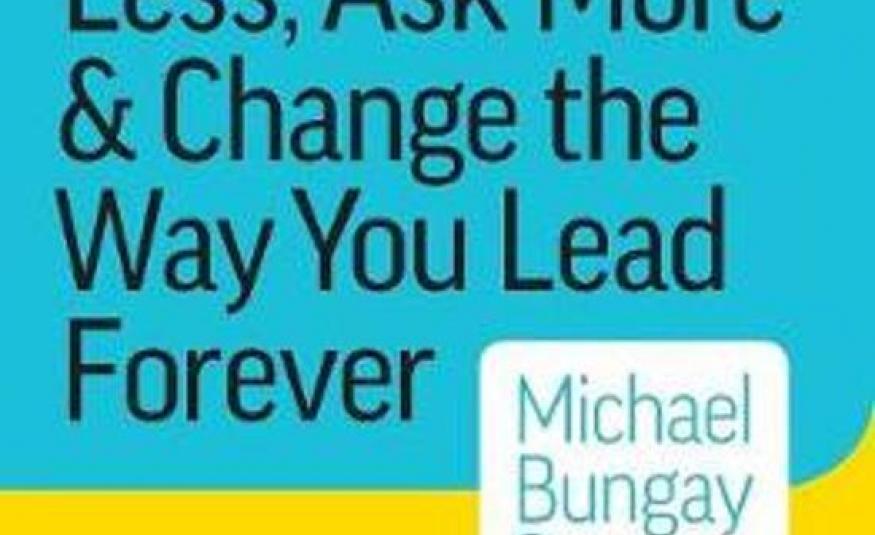 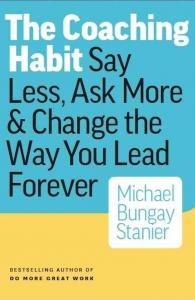 In his book, the coaching habit, Michael Bungay Stanier describes how most coaching programs are considered a failure. Most managers say they are too busy with doing ‘important things’ and therefore have no time to do the coaching in the first place, and when it happens: only 23% of people who have ever been coached say that the coaching helped them.
Stanier offers a solution to both these problems. Coaching should be an information routine that can take less than 10 minutes. In this book, he describes seven questions that when asked directly help the person asked in his or her daily work. This article describes the seven questions one by one.

The first question is: WHAT IS ON YOU MIND? This is the perfect invitation to the person who is being coached to start talking about what is bothering him at this moment. It is the question that moves the conversation from small-talk to a real conversation and provides the opportunity for the person being coached to decide what he wants to talk about and not the other way around.

The second question is: AND WHAT ELSE? According to the author, this is the most important coaching question there is, because the first answer to the first question is never the only answer of value, nor the best answer. Asking the and-what-else question gives the person the opportunity to think again and possibly change the topic of concern. This question also helps the manager not to barge in with his or her advice. It is the job of the coach to listen first, and asking the second question facilitates that.

Question number 3 is: WHAT IS THE REAL CHALLENGE FOR YOU? Now this question puts real focus in the coaching conversation. The person being coached has to think about how he can influence the problem that he has on his mind. Because the question ends with “for you”, we can no longer discuss the problem in general terms or talk about what somebody else should fix. It is about how he can contribute to fixing this problem. When there are multiple challenges within the problem in mind, the word “real” helps to focus on the most important challenge the person is facing today.

The fourth question is: WHAT DO YOU WANT? And this question is deducted from Peter Block his theory that every adult should be able to ask another adult what he or she really wants, even though there is a risk of not getting it. I find it important to note this, because it is impossible to give everybody whatever they are asking for, but asking is the first step in collecting ideas. So we need both grown-up aspects: being able to ask what you want and being able to accept a no when you do. Asking this question in the context of the real challenge from question three, you will get a better understanding of the needs of the person you are asking the question to.

The fifth question follows from that: HOW CAN I HELP? It is a question that is designed in a way that you yourself do not push your idea of solution towards the other person, but let him or her think about how you can help him or her getting what he or she wants to get through the challenge.
By asking this question, you break the drama triangle of victim, prosecutor and helper. You start talking about actions instead.
Stanier also describes this as the lazy question because you as the coach don’t have to think about what you think you should do. You let the person you coach do the thinking for you.
A third positive about this question, is that you keep the relationship balanced. When you bounce in as the saver of the day and take over the situation, the balance of your relationship changes.  Whether you really want to help or not, when you feel somebody else is taking over your situation, you feel less about yourself. When you can decide how the other person will help you, you do not have this problem.

The sixth question is: IF YOU’RE SAYING YES TO THIS, WHAT ARE YOU SAYING NO TO? This is a strategic question that again helps you to focus on what is the most important action. It is not unusual that the person gives you so many ideas of how you can help him or her that you cannot promise to do everything. In this case, collect all the ideas by asking questions like “what else can you do?” and “Is there anything else you can try?” and then ask the person to bring the ideas down to 1 or 2 of the things for you to help him with. Preferably you steer the discussion in such a way that it is an action that you know can actually do as well.

Finally, the seventh question is about learning and goes like this: WHAT WAS MOST USEFULL FOR YOU? By asking this question at the end of the small talk, you do two things. You first ask the person to reflect on the talk and think about how the talk actually helped him or her solve the real challenge he or she is facing at the moment. Second, you insinuate that there are more than one good things about the talk and ask the person to choose the one big thing. You sort of leave out the option for the person to say that it was not useful to have the talk, kind of clever don’t you think?

The coaching Habit is an easy to read book in which the seven questions have you think about how you talk to colleagues and maybe even friends when you would like to support them. These questions are based on the assumptions that you can only really help somebody if they acknowledge both their real challenge, and the actions that need to be done to get through it. So why not have them tell you both these things instead of you trying to overrule them?