How to win Friends and Influence People - D.Carnegie (summary) 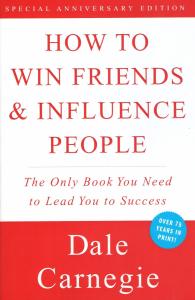 In How to win friends and influence people, Dale Carnegie describes exactly what it promises. Written in 1938 and still loved. Carnegie wondered how it came about that there were books about the complex mathematics that so few people are interested in, but there was no book about the foundations of cooperation and society? Carnegie saw this as a gap in the market and wrote this book. He describes simple principles that help you better understand people, make sure people like you, how you can convince people of your way of thinking and how you can lead people without being offensive. A few of these four categories are described in this article.

Part 1 describes the challenge of UNDERSTANDING PEOPLE. The first thing that is important to recognize is that everyone likes to feel important. Yes, really everyone. There are different ways of being important, and the way someone finds that satisfaction can vary per person. Knowing the way in which someone finds meaning of importance is the first important step in dealing with people.
A second feature that characterizes people is that everyone wants to be appreciated. Already in 1936, the number 1 reason that marriages fail was that at least one of the two felt that the other did not show enough appreciation for him or her. I am convinced that this is not different, 80 years later.
To better deal with other people, the conclusion of part 1 is: give people what they want. Give compliments when people have made a good contribution, and preferably on the field that is important to that person in particular.

In part 2, Carnegie describes how to MAKE MORE FRIENDS. The basics of the principles in this part of the book are simple: focus less on yourself and what you find important, but focus on what the other person considers important. Do not try to make friends by bragging about your successes, but ask others to tell you about their successes. By being genuinely interested in others you can make more friends in 2 months than if you try to make other people interested in yourself in 2 years’ time.
A second tip is smiling. A smile offers peace for people who are exhausted, daylight for the discouraged, sunlight for people who are sad and it is the natural antidote to problems. Be generous with smiles. It costs nothing, but can make or break a day for another. It takes a moment of your time, but can remain in the memory of the recipient for a long time. Even if everyone in your area does not look so happy, remember: those who cannot smile themselves need your smile the most!
A third tip is learning to listen carefully. To be interesting, be interested. To be a good speaker, be a good listener. Most people are so busy with themselves that you can easily distinguish yourself by offering a listening ear. As the readers digest wrote, most people call for a doctor, when what they really need is an audience.

Part 3 is about CONVINCING PEOPLE. All the principles in this section can be summarized in the English proverb: “He who is convinced against his will, is off the same opinion still”.
The first few tips are about avoiding conflict. Never just say that someone else is wrong and show respect for what a person has done. To say that someone is wrong and to justify arguments to convince the other of you is absolutely useless. You thereby undermine the intelligence, judgment, trust and self-esteem of the other. Moreover, it is not at all important whether you are right or wrong: if the other person does not want to hear your advice, then you are just an unkind person at that moment. Is that worth it to get your acknowledgement for being right?
A better way of convincing starts with empathizing with the other person's position. Show sincere interest in the situation of the other person and ask questions to give the person the opportunity to tell his or her story. Try to summarize what you have heard and ask if you have understood correctly. When the word 'yes' has fallen a few times, the body adopts a very different attitude than the blocking 'no' attitude, and perhaps the other person is more open to your suggestions.

The fourth and final part of the book is about MANAGEMENT, in which the above principles are further elaborated.
Do not give orders, but ask questions, reads tip 1. By applying a coaching style, you can let people think about their work and have an improvement instead of telling them that they have done something wrong, which leads to conflict.
Give the other person the chance to save face, says a second tip. Carnegie touches on the example of a manager who sees two employees smoking in a place where this is forbidden. Response option 1 could be to shout at the employees and on the basis of authority and tell the employees off. Response option 2 could be for the manager to offer the staff a second cigarette, and to ask them if they want to smoke it in a place where smoking is allowed. Which of the two options do you think has the most positive influence on the behaviour of the colleagues?
Give the other person a reputation to live by. By means of compliments you can motivate people to get more out of their work. Give appreciation for what people are good at and they will be willing to perform these tasks even better. After all, they want to prevent you from being wrong. Find out what people excel in and do not be afraid to point out to others that this person specializes in this area.

Dale Carnegie wrote How to win friends and influence people as early as 1938, but the content and principles that are described are still relevant. Learn to understand each other, find the positive in the other and compliment him or her on his or her successes. In a time when there is even more competition about who is happiest, richest, and most successful, offering a listening ear is the best way to win people, which is not only a friendly thing to do, but can also work in your favor. I love this book. 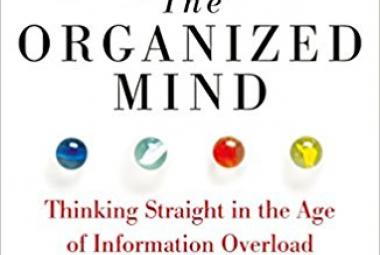 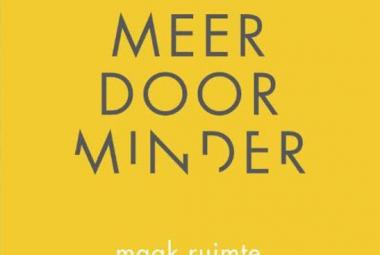