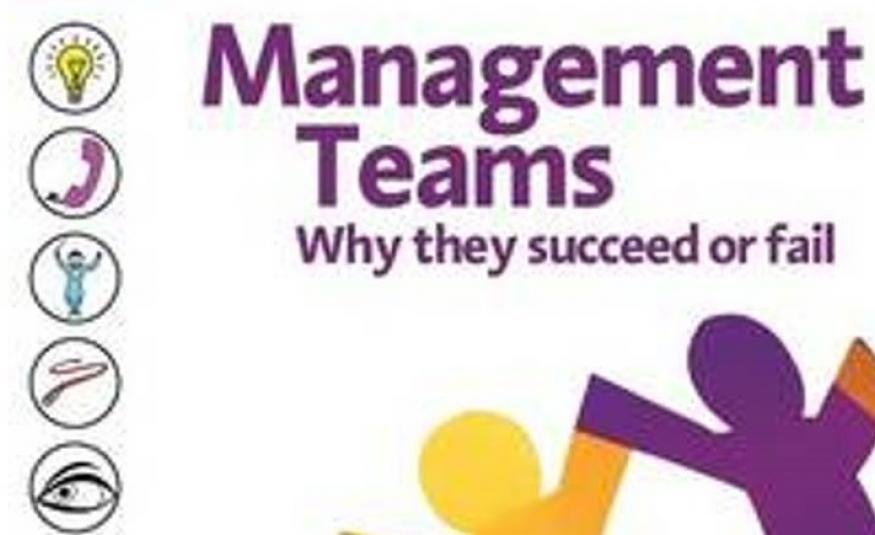 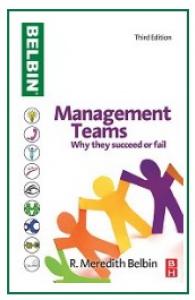 Management Teams - why they are success or fail is the standard work of R. Meredith Belbin, in which he describes how his famous 8 roles within a team came into being. Belbin has created an overview of the roles that a successful team has on the basis of many experiments in which people in a team had to work together. Each of the 8 roles is needed to be successful as a team and most people can take on multiple roles, depending on the situation and group dynamics. This article describes the 8 roles and their characteristics and also four characteristics of a team man.

The 8 roles of Belbin can be divided into THREE CATEGORIES: the creative roles (innovators), leadership roles, and other roles.

The creative roles, plant and resource investigator are the people who come up with new ideas and work them out. The plant devises the big ideas, and the resource investigator knows how to work these out in concrete plans.
Leadership roles, the chairman and the shaper, are the people who lead a team. The chairman knows how to use the strengths of all team members and the shaper encourages action.
Within the remaining roles, the company worker, the team worker, the more complete finisher and the monitor evaluator are distinguished.
This article describes the eight roles in the order in which Belbin defined them in his own research.

THE COMPANY WORKER is the person who keeps track of and identifies himself with the organization. He is always willing to do what is necessary for the sake of the business, even if others do not want to do this. Teams with company workers perform better than teams without a company worker and this was the first type of team role Belbin distinguished.
Company workers are good at organizing and have a lot of discipline themselves. They are often inflexible and react badly to ideas that have not proven themselves in practice.

THE PLANT is the first of two innovators. This is the creative person in the team who can come up with new ideas that allow the team to function. He is the person who lives with his head in the clouds, is introvert, and does not allow himself to be distracted from his great ideas by protocols and practical details.
Teams with a good plant clearly defeated the teams that do not have a clear plant. Teams in which two plants were present did, unfortunately, work similarly as well as teams where no plants were present.

THE RESOURCE INVESTIGATOR is the innovator role that complements the plant well. These are the creative people who take over fragments from the plant and further develop them into concrete plans. Resource Investigators are extrovert, enthusiastic, and communicatively strong and are good at meeting new challenges. These are the people who never stay behind their desk but are constantly talking to people to get new ideas.

THE CHAIRMAN is the first of two leadership roles that a team needs. Chairman are reliable, calm, have a lot of confidence and are extroverted. They are good at recognizing strengths in others and know when to ask quieter teammates for their opinion. They have a strong affinity with objectives and are therefore very output-oriented. This role does not require extreme intelligence or creativity: they get the best out of the rest of the team.

THE SHAPER is the second type of leadership role. When you put a team full of shapers together you can expect a lot of fireworks and chaos. Winning is more important than a learning experience for the shaper and when they tend to lose they are not afraid to make desperate attempts to save themselves. Shapers are very good at challenging ineffectiveness and self-deception. Within a team of people who like the status quo, the shapers are the person who ensures that something is done, and it improves the performance of the team.

THE MONITOR EVALUATOR has the role of assessing ideas. Where plants and resource investigator are by definition enthusiastic about their ideas, a team needs a monitor evaluator to confirm that it is actually a good idea.
The monitor evaluators are subdued quiet people, immune to enthusiasm, and can map all the details to make a well-informed decision. This means that the more complex the situation becomes, the more important the role of the monitor evaluator and the more the chairman will listen to him. For this type of people, it is difficult to motivate others.

THE TEAM WORKER is the seventh role that is defined. Bringing together six different people each with their own preferences leads to people tending to assert their will. The team worker, extravert, but with little dominance, forms the lube of the team and makes everyone feel comfortable working together better, improving the team performance.
Team workers are socially oriented and sensitive. They can deal well with people and situations but can make bad decisions in a crisis.

THE COMPLETER FINISHER is the eighth role that Belbin has defined. This is the person in the team who ensures that actions that have been started are also completed and have a good eye for detail. These are people who are willing to delay a project to ensure that all predefined actions are completed in good quality.
The more complete finisher is usually introverted, with a high self-discipline and self-control. He has the capacity to follow through, is a perfectionist, and sometimes has trouble releasing minor problems.

Most people have multiple strengths and can therefore take on more roles in a team. In addition to searching for someone with a certain strength, Belbin describes that a real team man has the following four characteristics:

Belbin's Management Teams has been a standard work for managers since the first edition in 1981 with reason. His classification of 8 team roles makes it possible for teams to think about their own strengths and weaknesses, and to evaluate which role is missing in their team. Then a team can discuss how this role can be fulfilled.

Even more convenient is this classification when developing a new team. Belbin also describes the fact that doing short questionnaire for hiring a person, to get an idea of his strongest team roles and to decide which people can best work together.