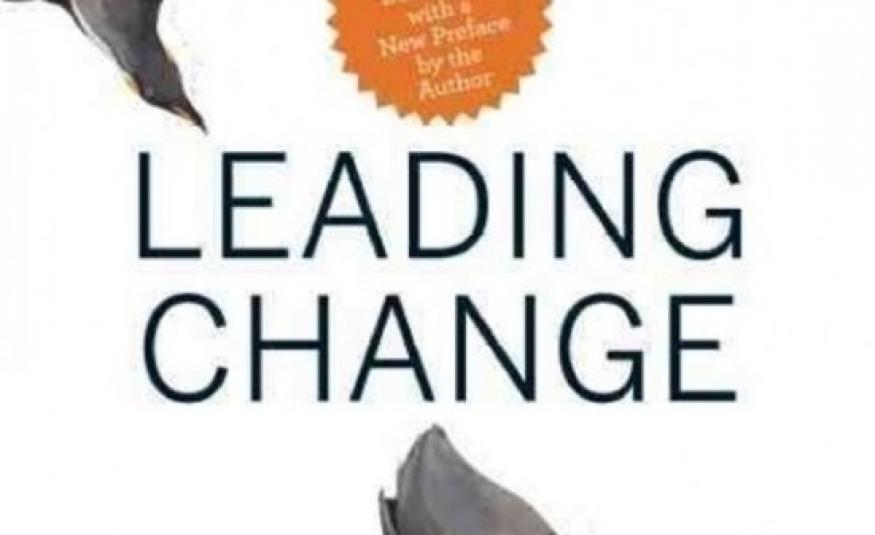 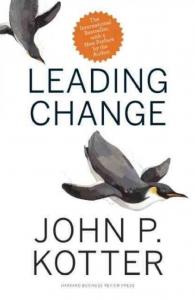 When it comes to change management, John Kotter is the most cited author worldwide. In 1995, his book Leading Change became an international bestseller. In this book, Kotter describes 8 necessary steps for cultural change. 17 years later however, he changed his vision on organizational change from a organization where change is implemented top-down, towards an organization of voluntary bottom-up improvements.

In this article, both the original theory of 8 steps is explained, as well as a short summary in which Kotter explains his new view on organizational change.

THE 8 STEPS OF ORGANIZATIONAL CHANGE need to be implemented in this particular order to increase the chance of success. Skipping one step can lead to failure of change.
The first step is Creating Urgency. People have to be convinced, that the current state of the organization is not the appropriate one to face the future. A co called ‘burning platform’ is needed before anyone in the organization is willing to change anything to begin with.
When there is urgency, a Coalition for change can be defined, which should include people who have power, knowledge, credibility and leadership skills. Avoid big ego´s in these kind of teams. A successful team is based on trust between the team members and a common goal, which touches both heart and mind.
A Vision should then be defined, to simplify detailed decisions (1), to encourage people to take action themselves (2) and coordinate a large number of actions (3). When the vision is clear, all employees can decide for themselves what needs to be done to improve the situation without continuously having to discuss these actions with colleagues or their boss.
Step 4 is to generate acceptance among team members, by sharing the vision as often as possible. Use two minutes in a meeting, five minutes at the end of a conversation, or make three short connections to the vision in your next speech. It does not really matter how much time you spent talking about your mission, as long as it is clear that you believe in it and your actions are based on the direction given by the vision. This will lead to more people believing in and changing their behavior towards the vision.
Step 5 is to enable action in the organization, by changing the systems in the organization that do not facilitate the change towards the vision. Ask questions, discuss and challenge these systems by talking to others.
generate short term wins, to prove that the new direction really works. Proof of effectiveness of the new way of working will reduce resistance in the organization. It is therefore important not only to focus on long term improvements, what is described in Lean Literature (Liker, 2004), but also to generate improvements that will show short term improvements.
The next challenge is to Sustain the acceleration of improvements. Keep on learning from the last process improvement. What went right? What went wrong? Do not rest after one short term improvement. Simply keep on improving without end.
Finally, anchor the changes in corporate culture. People will only change their behavior when they see the connection between the new values and behaviors in combination to the improved results of the processes. Celebrate the positive changes, talk about the results and the journey it took to get there and publically recognize people who played a valuable part in the change and talk about the new values.

17 years after publishing his book Leading Change, Kotter’s vision has shifted. His 8 step approach to change in which change is implemented top-down, was usable in a world where organizations count up to a hundred people.
In the current world, where organizations are much bigger, a small group of change managers will not be enough to actually change the processes they way they need to be changed; these organizations need ‘an army of volunteers for improvement’. Kotter states that at least 10% of the organization should actively participate in improvement processes to keep the culture of continuous improvement going. The others do not necessarily need to participate in the improvements, but do need to understand what the volunteers are doing.
This insight effects the 8 steps. Generating this army of volunteers would be the new step number 4. Change managers do not only need to explain what they are doing, the need to persuade others into implementing improvements themselves.