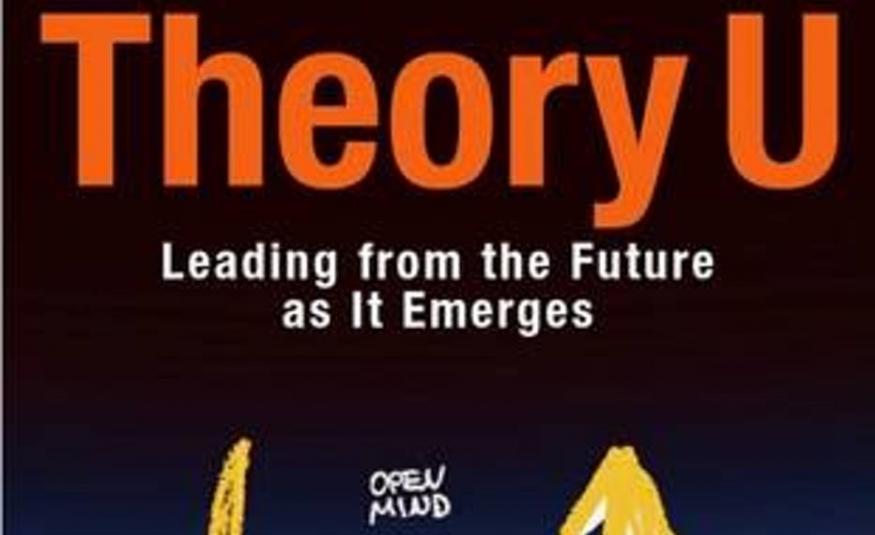 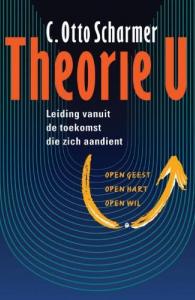 Theory U is a book which combines Change Management with Personal Growth and Spirituality. C. Otto Scharmer describes the process of becoming a person, group or organization which develops co-creative learning. Every person should be able to work with open mind, open hart and open will. Every conversation should be one of ´presencing´ (which combines the words ´presence´ and ´sensing´), in which unexpected creative ideas pop-up every time. Departments or firms do not look at their personal gain in a project or product, but seek to work for the greater good of society. And finally, a Leader´s most important job is to create context for improvement.

Because this fantastic book of more than 300 pages is impossible to fully cover in 1000 words, this article is focused on a few concrete topics which contains scales that are described by Scharmer,  in which I personally believe one can think about ranking himself, his team or organization to see how far we are really co-creating with each other.

The foundation of Theory U lays in the personal attitudes of people in conversations. There are actually THREE INSTRUMENTS every person should use to work on a co-creating level: an open mind, an open hart and an open will.
An open mind means being able to set aside your ´voice of judgment´. Prejudging situations or other people hinders human creativity and presence.
An open hart means to beat your inner voice of cynicism. You have to be able to be your authentic self and to dear to be vulnerable if you really want to co-create.
Thirdly, an open will is necessary. People need to be willing to give up what they have, a spiritual condition for co-creating. The open will is usually the most difficult one, since people are afraid of losing status or security, or are afraid to be rejected by others.
Again, true change can only emerge when people are willing to approach every situation with open mind, heart and will, to be able to respond to it the moment it emerges.

Examples of (not) using these three instruments are described in the defined FOUR LEVELS OF COMMUNICATION. Each of these four is linked to having an open mind, hart and will, and to a certain type of conversation.
Downloading is the shallowest form of communicating, where people do not need their mind, hart or will. These are the conforming conversations such as the daily ´how are you – I am fine´ conversations. Downloading means saying what you know the other person expects you to say.
Debate is the second form of communicating, for which one needs an open mind. Two persons share their opinions with one another but neither of them is willing to change it. This is what happens in political debates. Not really value adding.
Dialogue is the third form of communicating; in which people have an open mind and an open hart. In these conversations, people are willing to change their opinion about a topic, which means some results can be achieved. What is holding back true change is that these conversations are based on personal perspectives, which need to be discussed before they can change.
Presencing is the highest possible form of communicating in which people are connected to one another in a way that nobody has any reservations in terms of mind, heart and will, which results in incredible results. These are the constructive conversations that give people energy, trigger people’s creativity and are labeled by authors as moments of working in ´flow´. In these type of communication, there is no defending or convincing which makes it even better as dialogue.

The same U-shape can be filled with DIFFERENT FORMS OF OGANIZING. Scharmer describes a shift of paradigms from centralization to decentralization, to networking and the most effective form: Ecosystems of innovation.
Centralization is the bureaucratic form of organizing in which people are not really supposed to think (like downloading in conversations) all power is held in the top of an organization and people act with closed minds, hearts and will.
Decentralization is the second level of organizing in which power is distributed through the company and employees are not necessary judged by higher management. Thus: management acts with an open mind.
In Networking, power structures are breached and individuals are allowed to work together in self-made teams to create value for the company. They can work with an open minds and open hart and do what they think is best for the company, however restricted by company policies.
Ecosystems of Innovation goes even deeper. When people in companies are allowed to do not only what is good for the company, but what contributes to the world in that moment, real value is created. Open minds, open hearts and open wills break down organizational boundaries which facilitates cooperation between organizations as a reaction to situations in the world.
This last step is according to Scharmer what the 21st century needs. This is a world in which all economic, political and social systems are globally connected to one another. Scharmer predicts that companies that are not able to make that step into the level of creating ecosystems of innovation will not make it for long in this day of age.

LEADERSHIP is another theme which is described in Theory U. Leadership is necessary to connect the organizational structures to the demands of society. Traditional forms of leadership are not value adding because these are always based on what happened in the past, even if it was just one day. To facilitate presencing conversations, another form of leadership is needed. Three levels of Leadership are described:
The less value adding form of leadership is the one of order and control. Fortunately most organizations have realized that this form of leadership is impossible in the 21st century because targets, goals and possibilities are so complex that it is impossible to manage an organization without using the capacity of all people working in it.
Management by walking around is the second level of leadership, but is still focused on what has happened in the past. Managers walk around and see where they can help solving problems to continuously improve organizational performance. (This is where Lean initiatives start playing a role, coaching people to solve problems in daily commcell meetings)
However, a deeper form of leadership is defined by Scharmer as creating context for improvement. In this form of leadership, a manager creates situations (with open mind, heart and will) in which employees are inspired to improve from their authentic self at the moment the situation is there, and not in the next commcell meeting. This is what leadership in the 21st century is about and what Lean leadership should be about.

The final topic described in this article is BEHAVIOUR, since the way people behave influence the way people can communicate and work together. A centralized organizational structure and communicating according to the principle of communication in the form of Downloading gets people caught up by common pitfalls which hinder authentic behavior and therefore authentic leadership:
Not recognizing what you see, in which observation and thinking are disconnected from one another. ´Organizational blindness´ is an example of this principle.
Not saying what you think is a form of behavior in which speaking and thinking are disconnected from one another. When people do not trust each other and dare not say what they really think, con-creating and presencing will never happen.
Not doing what you say is behavior where acting and saying are disconnected. ´Practice what you preach´ and ´Walk the talk´ are expressions which describe the need to do what you say, to be authentic, and be an example to other people.
Not seeing what you do describes the lack of capability of self-reflection, where acting and seeing are disconnected. Change is only possible when a person is able to let go of his or her ego and is able to look at his own way of acting, objectively.

Theory U combines Change Management with a little spirituality and personal Growth. To create a learning organization, employees should be able to- and be encouraged to makes changes in a situation the moment it arises. People need to be empowered to do so (ecosystem of innovation) and be able to communicate with one another with open mind, heart and will (presencing).
Authentic behavior and creating the right context for others is the most important task for leaders in the 21st century, to contribute to the worldwide demand for improvement and in this way prove an organizational right for existence.