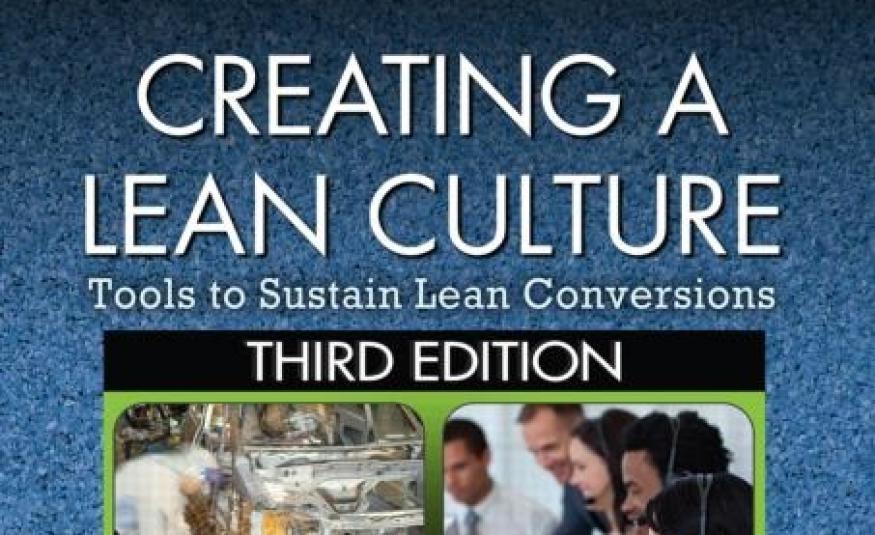 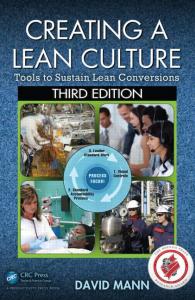 David Mann describes in this book (in his own words)  the missing part in many Lean implementations: a Lean Management system. Tools and Configuration changes in production, for instance Kanban or Heijunka, include only 20% of the potential the Lean philosophy has to offer. The other 80% are captured in the Lean Culture, which can be facilitated by implementing the right Management system.
A Lean management system consists of three parts: Standard Work for Managers (1), Visual Signals (2) and a defined responsibility structure (3).
Next to these three parts of the Lean management system, Mann describes three tools to sustain the Lean Culture: Gemba Walks (1), an improvement suggestionsystem (2), and self-audits (3).

STANDARD WORK FOR MANAGERS is a slightly different form of standard work than the Standard Operating Procedures defined for Production operators. One difference is that the amount of work for Managers that can be captured in standard work can range from 30-80%, compared to the maximum 100% for operators.
The document in which the Standard work is defined is a working document which lists the tasks or checks the manager has to perform each day and includes a checklist to check whether or not the task is completed. Some tasks can be part of only one person’s standard work, for instance ´check production capacity for next week´ but other tasks can be put to all Managers in the organization, for instance ´Kamishibai checks´or ´Gemba walks´. The interval of these tasks can differ between levels of management.

VISUAL SIGNALS are used to visualize if a process is running according to plan or not. The performance of every workstation can be captured in one A4 tracking Chart, which is preferably filled in by hand. Tasks that can be controlled this way are cyclical tasks, for instance Production Planning, Change over times and Quality checks. Two guidelines for the charts are:

Non-cyclical tasks or tasks with interval larger than one day – like Preventative/Autonomous Maintenance or large cleaning activities – can be visualizes by using a T-card system. Tasks can be put on the left hand side of a 2 column plan board, while the tasks which are executed are put on the right hand side.

When it comes to the DAILY RESPONSIBILLITY PROCESS, Mann describes three levels of meetings to follow up on all standard work and discuss (and solve) problems.

There are three tools which can help to both improve and sustain the processes described above: the Gemba Walks, A suggestion System and Mini-audits.
According to Mann, little is more important in a Lean Culture than GEMBA WALKS. Gemba Walks are what the name suggests: walks through the Gemba, the place where ´it´ happens. These walks give managers the possibility to learn about the processes and encourage colleges to participate in the improvement programs.
When a Manager spends all his time in the office, how does he know what is really going on, on the shop-floor? And how can he prioritize between problems if he does not really know what is going on?
Things that should be seen on the Gemba are: people processing on process performance (of which the pre described A4 Tracking charts are an example), a system for improvement suggestions, standard operating Procedures which are used by operators, a communication cell where problems and actions from the level 1 and level 2 meetings are published and a list of 6S actions and agreements.
What people should know on the Gemba is: How are you performing in comparison with your targets? What are the three major problems preventing you from reaching that target? What kind of improvements are we working on to solve those problems? How do you use your standard work? And, are there any excess materials on the shop-floor?

A system which will facilitate the culture of continuous improvement is the IMPROVEMENT SUGGESTION SYSTEM (or kaizen loop). Problems should be analyzed and solve in a preventative manner to prevent them from reoccurring in the future. A solid suggestion system should include the following four phases: Ideas for improvement are handed in (1), evaluated (2), implemented (3) and Completed (4). To make the process as easy as possible, a Suggestion board can be divided into four areas, one for each phase, while the suggestions are written on post-its and simply placed in the area of the phase of the process they are in.

Finally it is also important to measure and verify regularly if all employees are still as motivated to participate in the improvement program as they were at the beginning, to sustain the process of continuous improvement. This is what the SELF AUDITS (or Kamishibai) are for. In the Audits, T-cards containing 3 to 4 statements are used to ask questions to colleagues. Each statement has three possible outcomes: performance below current standard (1), on current standard (2) or better than the current standard (3).
Results of these audits can be visualized in Radar Charts, in which the different levels of maturity are plotted in many possible axes. Subjecs of the audit cards can overlap with the questions which can be asked during Gemba walks, which will make it possible for managers to combine their Gemba walk with kamishibai mini-audit. Examples of subjects which are suitable for mini audits are: the use of visual signals (1), keeping the shop-floor tidy and clean (2), the use of standard work (3), the participation of employees in the suggestion program (4) and the skill to perform a root-cause analysis (5).

Real ´Lean´ according to Mann means continuous improvement. To continuously improve the right things, a Lean management system is needed. This system will help solving the right problems quicker, and sustain the system itself. In this article we described what this system looks likes in terms of meeting structure, that it is important that everybody participates in finding the next improvement, and the necessity of visuals on communication cells to guide the meetings, visualize problems and facilitate mini audits. 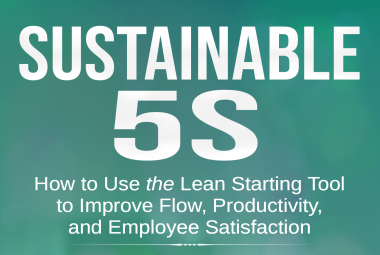 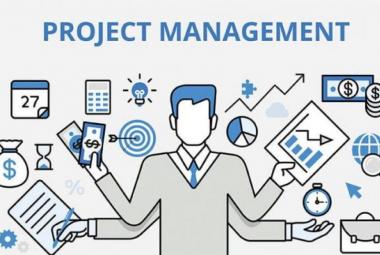