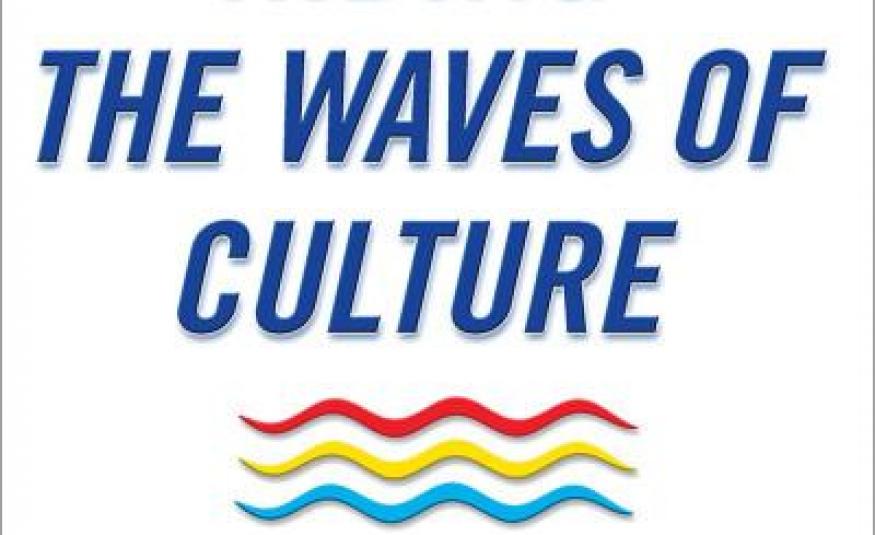 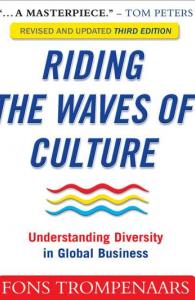 In Riding the waves of culture, Fons Trompenaars describes 7 cultural dimensions and the effects of this in a time of globalization in which people from different cultures do business with each other. According to Trompenaars, culture describes what products and services mean for a group of people, how problems are solved, and how people interact with each other in an organization. The most important message in this book is that there is no such thing as an optimal culture. All cultures function in their own system.
This article describes the 7 cultural dimensions of this book, with for each dimension one of the aspects described by Trompenaars.

Universalism versus Particularism. In western cultures (Western Europe, USA and Canada) good and bad are considered more important than personal relationships. When a friend of ours hits a pedestrian and he drives too fast, and we are the only witnesses, we are able to testify against our friend in Western Europe. It was wrong of him to drive too fast, so he deserves his punishment. This is the Universalistic way of thinking.
The opposite is experienced in Southern Europe, Asia, South America and Russia. Personal relationships are more important than what is good or bad. In the same situation people would defent their friend and might even lie that he did not drive too fast at all.

Individualism versus Socialism. This way of thinking describes whether we put ourselves as a person first in a group, or whether we put the importance of the group first. Western countries are on the individualistic side of this axis. Theories as the One-Minute Manager, in which 1 person makes quick decisions, are examples of this. In this culture the individual is centralized and society must be organized so that everyone can find their own way.
The Eastern European, South American and Asian countries are located on the collective side of the axis. Consensus in a group is important, decisions are not taken by one person without attuning them to higher management. The importance of the community is paramount, and people can develop themselves personally to serve better in the group.

Neutral versus Emotional communication. This axis describes whether using body language, raising your voice, and interrupting another is accepted in a particular culture. In Latin America and Italy, for example, a lot of gestures are used and people speak with high volume (emotionally), while in the UK and Japan, raising your voice is not done. Neutral communication is preferred there.

Trompenaars describes three ways in which a conversation can be held.

Specific (low context) versus Diffuse (high context). This axis revolves among others for the public versus personal areas, and how one grants access to each other in this area. North America is very specific and approachable. When you are good at bowling, you can easily get to know other bowlers to become friends with, but you will not be invited to other sections of someone's life.
In Diffuse cultures (Germany) it is the other way around. It is difficult to build a relationship with someone, but as soon as you have broken through the wall you are admitted to practically all-private spaces of someone's life.
The German will find Americans superficial and quickly feel like an outsider, while Americans see the Germans as distant and difficult to get to know.

Status allocation based on Performance vs. Award. This axis has to do with how people assign status to a person. In a performance culture (USA) , status is earned through what you have achieved, and in an award culture (most Asian countries) it matters more where you come from, how old you are, and who your family is, like in a monarchy or the earlier caste system.
When doing business with an allocation culture, it is important to send older employees to the negotiations because they do not expect a young woman to have the respect and status of making important decisions.

The sequential versus chronically handling of time. In sequential countries (Western Europe, USA), tasks are completed one by one. No matter how important the person is who comes in, we will always finish our telephone call before we speak to him or her. This contrasts with countries on the chronic side of the continuum (Southern Europe, South America and Asia). They will interrupt their telephone call to welcome the guest.
For chronically people it is therefore very normal to arrive late at a meeting, because they met a friend on the way there. Not making time free for your mother or best friend because you have an appointment at 9 am is absolutely not done in these cultures.

Controlling the environment (internally oriented) versus moving with the environment (externally oriented). This difference can be clearly seen in different sports. Western Sports (Football, Rugby) are mainly about measuring strength against each other, while Eastern sports like Judo are therefore going to use the power of the other in your own advantage.
Pay-for-performance strategies do not work in externally oriented cultures, because sellers cannot impose products to their surroundings that they do not really need. In Western internally oriented cultures aggressive marketing campaigns are started to force our products on as many customers as possible.

The seven dimensions of Trompenaars provide insight into how different cultures interact, both in business and private, and what motivations there might be for certain events. The main message of this book is that we have to respect each other in our way of thinking and acting, because each system functions well in itself. When we do business with people from a different culture, try to be open to their mind-set and be prepared to adjust if you want to be successful.